Over the course of lockdown, many people focused their time on carrying out a personal project, from small-scale home renovations, to sewing face masks and surgical scrubs, to diary keeping or photo-documentation. Amongst those lucky enough to have had relative financial security, there has been a veritable boom in creative endeavours taking place inside the house.

Designers too, when not working to keep their practices afloat, have turned to the space of the home to prototype new ideas in the face of this pandemic. Tapping into this energy, the Hong-Kong-based not-for-profit Design Trust, which works to support and stimulate design in the wider region, used the ‘homemade’ impulse as a starting point for a new initiative called ‘Critically Homemade’. In early May, they reached out to their wider network of design supporters and practitioners to prototype ‘homemade solutions to social and environmental needs’. They are now beginning to publish some of these projects online, showing an impressive breadth and surprising variety of responses.

“The desire to make things with our hands is universal and a significant human expression,” explains Marisa Yiu, Co-Founder / Executive Director of Design Trust and Lead Curator of the programme. “While some handicrafts are means of survival, making objects with our hands serves as a creative release. Restricted by the necessary social distancing during an unprecedented pandemic, many designers have expressed a need to connect, collaborate and create. It’s been months of questioning, thinking, and understanding our city, and the role our NGO can, in a small way, activate positivity to go beyond the current situation, add some levity; yet, be creative under constraints for our collective wellbeing. As a perpetual optimist, I believe design can enact positive change, this organic platform has accelerated these recent weeks, during the third wave lockdown, and showcases the humbling power of the community to come together to support each other”

The Beijing-based architecture practice PAO (People’s Architecture Office), for instance, focused their energy on an activity pack for children, including a drawing of a dynamic cityscape that can be coloured in, but also a set of instructions to turn the drawing into a folded house structure. Studio Florian and Christine scavenged Hong Kong’s construction sites for the debris of buildings knocked-down during the pandemic, using terrazzo casting to create a new brick that acts as a symbol for re-building post-Covid.

Graphic designer Adonian Chan took to the baking craze to create cookie-cutters using the Hong Kong Beiwei Zansyu font, which can be seen in signage throughout the city. One of the cutters uses the Chinese character for evil  (惡), inviting you to banish evil into the depth of your stomach.

The projects here are all framed as prototypes, which seems fitting. After being bombarded by design websites in the early months of lockdown with half-baked projects claiming to offer complete design solutions (which were usually anything but), here the emphasis is on testing, probing and play, all essential to the design process.

The V&A itself has a substantial amount of homemade work. While the separation of work life and home life, which generally took place through the 19th century, created a new concept of the home as a respite from work and production, the human impulse to ‘make’ never fully left the domestic environment. Throughout the 20th century a major industry emerged to serve amateur hobbyists at home, encouraging people to make their own clothes, fix their own homes, bake and cook increasingly challenging recipes, and much more. There are still obvious limitations however: the current working-from-home policies are showing many the impossibility of productively carrying out a nine-to-five at home. Unsurprisingly, there has been an associated boom in the market for larger houses further away from city centres. While the amount of homemade projects has been inspiring to watch, the question remains for the long-term if and how homes might change to accommodate these new live-work realities in the future.

Related Objects from the Collections: 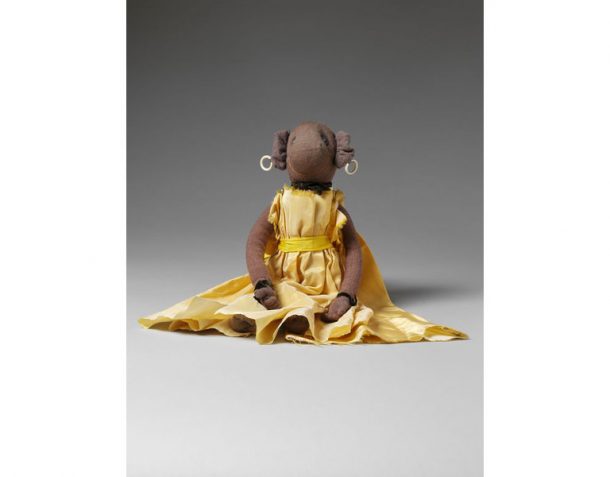 This soft monkey toy is called ‘Angustura’ and was made in England in the 1960s out of a pair of stockings. The monkey is wearing a peach coloured dress and cape with a yellow ribbon tied at the waist. Angustura is one of a set of toy monkeys owned by two brothers in the 1960s. The toys were homemade by a teacher who lived with the family while the boys were growing up. 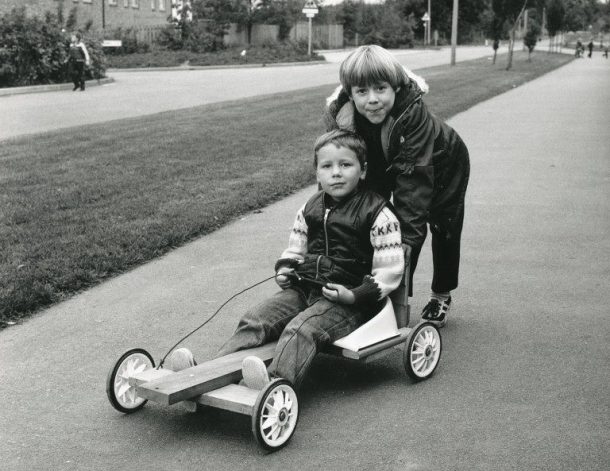 Black and white photograph, mounted onto card, depicting two boys on a suburban street. One sits in a homemade go-kart, while the other leans on the back of the seat. 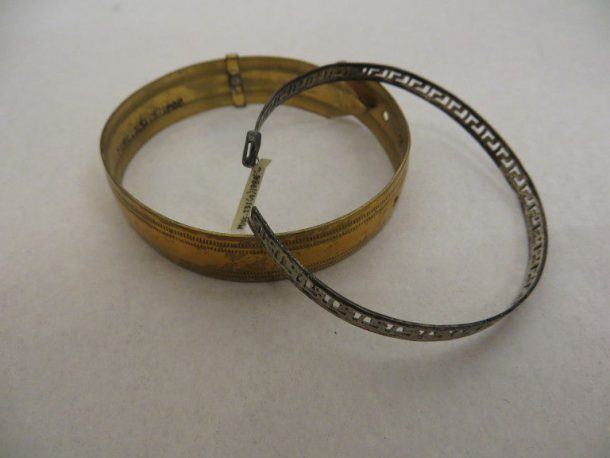 Copyright © All rights reserved. Proudly powered by WordPress | Theme: Alyssas Blog by Ripplethemes.
We use cookies to ensure that we give you the best experience on our website. If you continue to use this site we will assume that you are happy with it.Ok